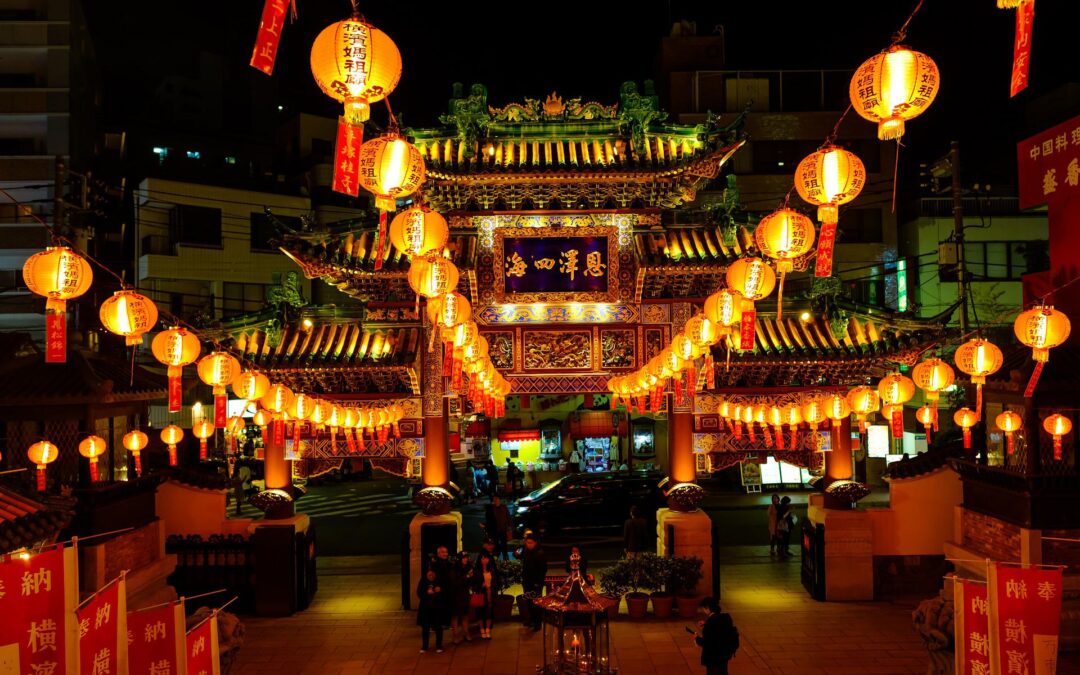 Chinatown, like many other New York City districts, has a multi-layered history.

Different signage can be found on Chinatown’s streets: They’re a massive, neighborhood-wide translation project carried out in collaboration with the local authorities.

The expansion, decline, and change of one of Manhattan’s major immigrant populations may be traced through the history of these signs.

A few decades prior, the city’s first Chinese residents began to settle in the neighbourhood around Mott and Pell streets. Thousands of Chinese were recruited to work on the construction of the Transcontinental Railroad. This resulted in an increase in Chinese immigration to the country. Chinese immigrants were frequently subjected to deplorable conditions, legal discrimination, and unfair work practises.

After the Transcontinental Railroad’s final spike was driven in 1869, Chinese workmen found themselves unemployed and confronting rising racial animosity and violence in the Western states. A growing number of people began to migrate to Eastern cities. Chinatown in Manhattan had been a popular location for Chinese immigrants by 1883.

Around this time, Chinatown began to see the use of informal Chinese street names on shop windows and in personal letters.

The city has erected new signs above the Chinatown police call boxes in June 1966. In the days before cellphones, this was a simple way to contact a local police station. The placards in Chinese described what the boxes were for and how to utilise them.

The city’s new Chinese-language instructions were an attempt to accommodate the growing number of people who did not speak English fluently. This was fueled by a massive influx of immigrants from all over China. The Chinese diaspora following the passage of the Immigration Act of 1965, therefore, completely overhauled Chinese immigration to the US.

1985: In the viewpoint of the Department of Transportation, Chinatown doubles in size.

To reflect the area’s growth, the Benevolent Association petitioned the Transportation Department to expand the bilingual street naming programme.

Once the streets were decided, the next step was to choose Chinese names. This time, the decision was made by a committee of the Benevolent Association, which included business owners, property owners, and longtime residents who spoke Toisanese and Cantonese.

They were naming a new Chinatown, but the names they chose were still based on Toisanese and Cantonese dialects, ignoring the majority of Chinatown’s newcomers.

They also didn’t pay attention to the neighborhood’s frequent vernacular street names. Different waves of Chinese immigration gave streets names that were more culturally relevant than the English names. Mulberry Street, for example, was dubbed Corpse Street by many in Chinatown because it was bordered with funeral houses, flowers, and effigy stores. In today’s Chinatown, many of these names are still utilised.

Chinatown is a strong cultural centre for Chinese and Chinese Americans, as well as a welcome mat for new Chinese immigrants, but the area is dwindling. In Chinatown, there are only 101 bilingual signage left.

Organizations like the Chinese Chamber of Commerce and the Benevolent Association still have clout in today’s Chinatown; for example, local politicians seeking endorsement in Chinatown frequently visit them. Their time as the key liaisons between the city and the neighbourhood has past, however, as the community has become increasingly diversified.

None of the citizens, community activists, business owners, or academics interviewed for this article were aware that the signs were being phased down.

Interested in learning more about New York’s cultural history? Head over to Nasma Of NY’s Cultural Center and explore their array of activities now!